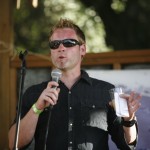 Nick Wiersema – Chairman: Having become aware of the Surfrider Foundation in San Diego in the 90’s, Nick has been an active and outspoken member ever since. He currently resides as the Chairman of the Central Texas Chapter, and has formerly held the position of Chairman and or Treasurer of the Chapter since 2008.  Prior to that Nick served as the Volunteer Coordinator and an at large executive committee member.  When not fighting for the good cause, Nick spends most of his time building and designing surfboards, paying down the mortgage with environmental consulting projects and entertaining his best friend Siena (Chocolate Lab).  His love of surfing and oceans started at an early age of 12, and after years of competition on the local level, attempted a fun, but relatively unsuccessful bid as a professional.  Other hobbies include hiking, biking, fly fishing, swimming, wood-working, hunting, and all things mechanical.

Jamie Mitchell – Vice Chairman : Jamie rejoined the executive committee in the Fall of 2015, and currently holds an officer position as Vice Chairman. Prior to this position, he has served many role as a Committee Member-At-Large. 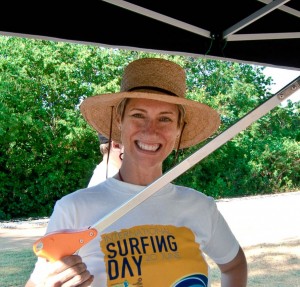 Kristina Schlegel – Secretary: Kristina has been a part of the Centex Surfrider family since 2006. Originally from Northern Mexico, a move to the US made South Texas home base and South Padre Island her backyard. As an early teen – begging her older brother to let her join him on dawn patrol – she spent hours in her brother’s VW pop-up camper van reading every issue of Surfer, Surfing, & Surfing World magazine cover to cover. Encouraged by her surfer sibling, ocean conservancy and environmental stewardship redefined her interest in the sport. After years of never quite getting her sea legs, redemption was found at last with Standup Paddling. Kristina can often be spotted on Town Lake, or with her SUP board strapped onto her red Volvo. When not on the water, you can find her at the Texas Parks and Wildlife or hanging with her adorable and exceedingly handsome canine companion, Falcor. 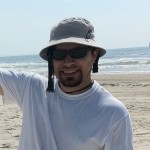 Manny Alvarez – Executive Committee: Manny rejoined the executive committee in the Fall of 2011, after a two year hiatus. Manny joined Surfrider Foundation as a member in 2005 because of his strong interest in ocean conservation and protecting Texas’ beaches. Manny has been an avid surfer since he was about 12 years old. Originally from South Texas and now living in Austin, he tries to get down to the coast as much as possible to surf. When he’s not surfing or working as a tradesman, you can find him kayaking, hiking or target shooting. Rick Thomsen- Executive Committee: Since grade school Rick has been surfing in Texas from Meecom’s Pier to Boca Chica. He joined the Surfrider Central Texas Chapter in 2000 and has previously served as vice-chair and chairman. He has helped lead our successful membership and fund raising campaigns in the past and also to develop the chapter relationships with the Texas Parks and Wildlife and their popular annual Expo event, the Barefoot Wine cleanups, and Jo’s Coffee events.